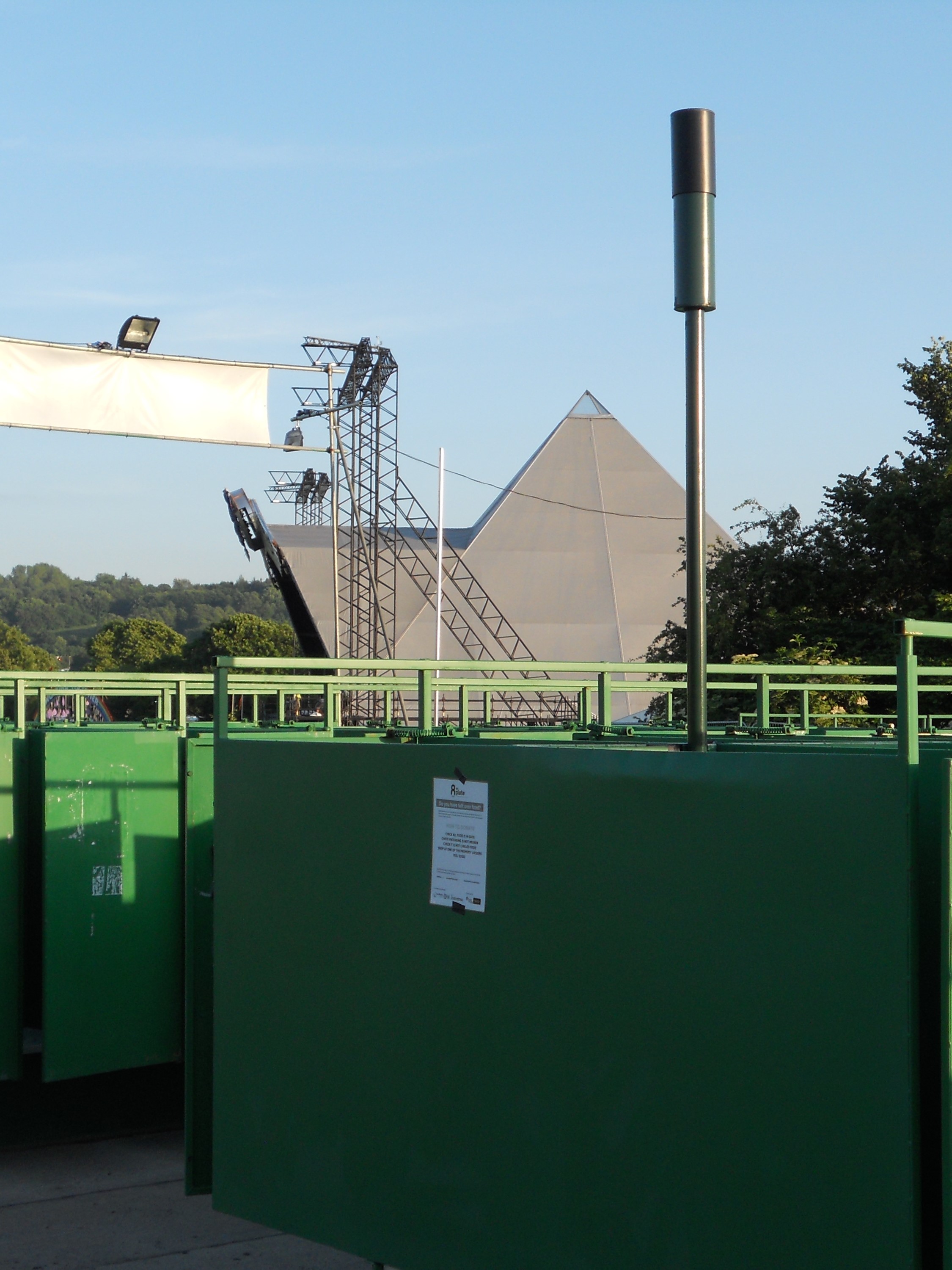 Imagine having to install a temporary sanitation solution for a city with the population the size of Oxford and run it for just one week.  That’s the task faced by the Glastonbury Festival sanitation team every year.

Some serious behind the scenes effort goes into the sanitation side of the festival. Keeping track of the water levels in 35 long-drop toilet blocks containing 2,000 loos to ensure that the septic tanks are emptied so they don’t cause a pollution incidents is a major undertaking.

In previous years, the sanitation team had to visit every loo block across the 900 acre site on foot, multiple times per day, manually checking the water levels in the septic tanks.  Due to the number of people on site vehicle movements to empty the  septic tanks during the festival are limited for safety reasons and it can also take a considerable amount of time for vehicles to cross the site, particularly if its has rained, the famous Glastonbury mud also playing its part on checking and emptying.

Our solution was a remote monitoring system, allowing the sanitation team to view the septic tanks levels remotely enabling them to proactively manage the emptying of the tanks.

To achieve this, each of the 35 long drop septic tanks and 2 large urinal tanks were fitted with a water level sensor connected to battery powered telemetry data logger.  Every hour the logger check-in to a hosted web data service using wireless telemetry and deliver the previous hour’s water level data.

Alarms were set on the loggers at 60% and 80% of the tank depth providing additional warning to the sanitation team.  If the levels are breached an alarm message is delivered to the sanitation and event management teams via email and SMS messaging services.  This provides a level of reassurance especially during the night when there are less staff on site.

The web interface provides the sanitation team with a way to view the current tank status on a map along with graphical plots of the water levels over time and current and historical alarms.

With historical knowledge of peak activity in certain areas of the site and near real time data from the Long drops, the sanitation team can target which tanks needed emptying and when.  For example, the Pyramid Stage before a major act, could be prioritised over a camping areas.

Having a visual indication of the tank levels also relieves some of the stress for a very busy sanitation team.